Currently reading: Kuwait Was My Home by Zahra Freeth 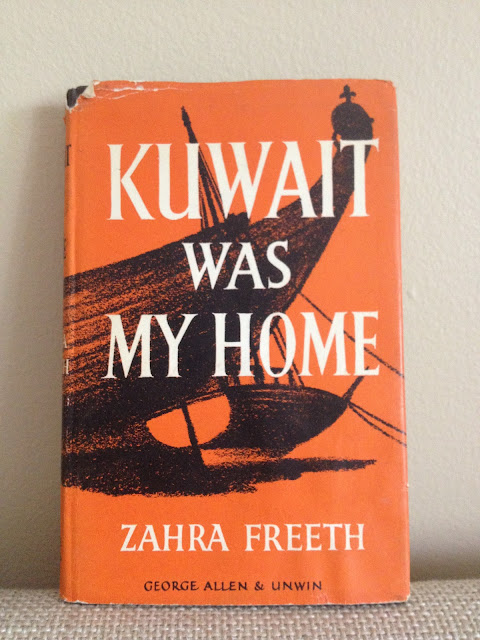 It's a shame that the books by the Dickson family about Kuwait aren't more readily available. I've luckily found most of them in my school's library, and the stories in them are just amazing to behold. It makes you truly think about how Kuwaitis have changed, and how in many ways, we're still very much the same.

This is Wikipedia's entry on Zahra Freeth:
Zahra Dickson Freeth is a British author, the daughter of H. R. P. Dickson (died 1959) and Dame Violet Dickson (died 1991), who has written several books on the Middle East.
Zahra Dickson grew up in Kuwait and later attended boarding schools in England. Her first book, Kuwait Was My Home, was published in 1956. She accompanied her husband to the bauxite mining town of Mackenzie, now known as Linden, in British Guiana (now Guyana) and wrote Run Softly, Demerara (1960) about her experiences there.
Her later writings have been on Middle Eastern topics, including a children's book, Rashid of Saudi Arabia (2001). She lives in Essex. Her brother, Saud Dickson, died in May 2005.

Posted by The Collector at 2:27 PM