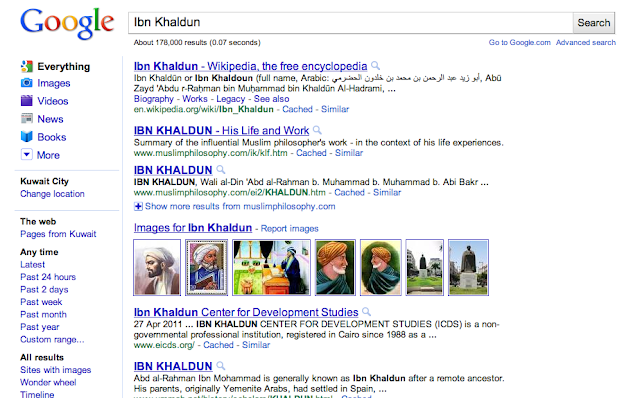 I am very happy to see this lovely illustration of Ibn Khaldun on Google. Apparently May 27 was the corresponding Gregorian date of his birth.

He is best known for his Muqaddimah (known as Prolegomenon in English), which was discovered, evaluated and fully appreciated first by 19th century European scholarship, although it has also had considerable influence on 17th-century Ottoman historians like Ḥajjī Khalīfa and Mustafa Naima who relied on his theories to analyze the growth and decline of the Ottoman empire. Later in the 19th century, Western scholars recognized him as one of the greatest philosophers to come out of the Arab world.

-via Wikipedia
Posted by The Collector at 4:40 PM