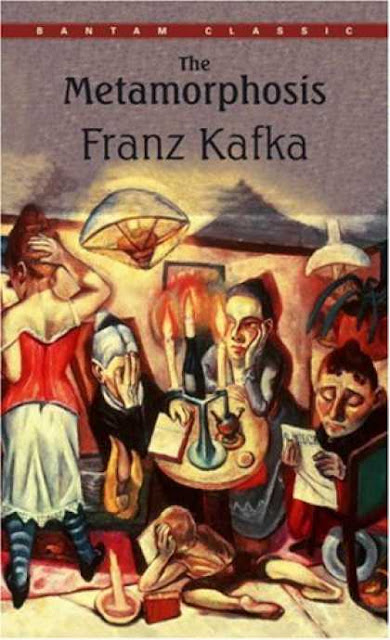 I finished the book, and I had to force myself to go through the first 40 pages, but the last ten were so worth it. I hadn't realized before that it was such a short read, around 52 pages. More than half the book (my edition was by Bantam Classics) was notes.

The story is about a boy called Gregor Samsa, who wakes up one day to find himself turned into some sort of beetle. The entire read is about his trials and tribulations in that status. The reason the first 40 pages (ok maybe a bit less) were such a drag for me is because I found it a bit redundant. But it picks up extremely well, totally worthwhile.

It was a very interesting book, great insights on a psychological level. It's considered a modern classic, and since its such a short read I wholeheartedly recommend it.